The New Zealand military has announced its schedule for the week of war in November. This is a week where they will be celebrating war: they’ll be aiming to get young people to sign up to fight and die in wars, polishing up the public image of killing and dying in war, and cosying up to others who like to fight and die.

Here is a run down of the schedule so far:

November 17 – Warships line up and sail into Auckland

November 19 – The governor-general inspects the warships

Auckland Peace Action is organising a response to this week of war: a week of peace action. Stay tuned for more details in the next week about actions and activities you can be part of. In the meantime, we say that war is nothing to celebrate, and it is salient to remember  what war looks like, and its not shiny boats, uniforms and parades: 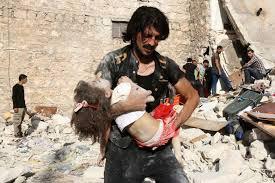 4 thoughts on “Week of War announced”